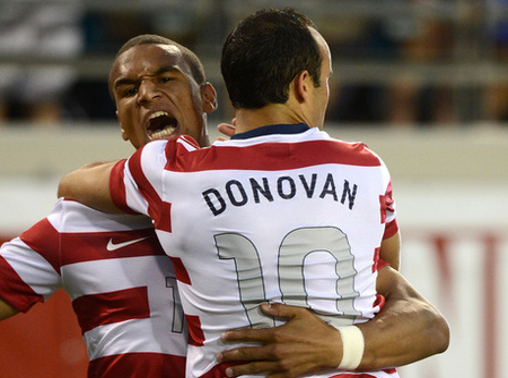 Donovan to hang up his boots at the end of the MLS season.

LA Galaxy forward Landon Donovan has confirmed his retirement from football, report Sky Sports, with the iconic USA international set to hang up his boots at the end of the current MLS season.

Donovan has been one of the defining American football players of his generation, appearing in three consecutive World Cups before controversially being left out of the 2014 squad by manager Jurgen Klinsmann.

Despite struggling in spells in Europe with Bayern Munich and Bayer Leverkusen in the Bundesliga, Donovan also became a success at Everton, spending two loan periods at Goodison Park in which he flourished under the management of David Moyes.

Donovan couldn’t be tempted to leave California permanently, however, and also took a short break from football in 2013, citing a loss of motivation.

It should be no surprise, then, that Donovan has chosen to hang up his boots – but the 32 year-old will certainly be remembered as one of the most important figures in football in the USA.

He will be hoping to go out on a high, with LA Galaxy well-placed to challenge for the overall MLS title once again, largely thanks to the goalscoring feats of both Donovan and former Tottenham Hotspur striker Robbie Keane.