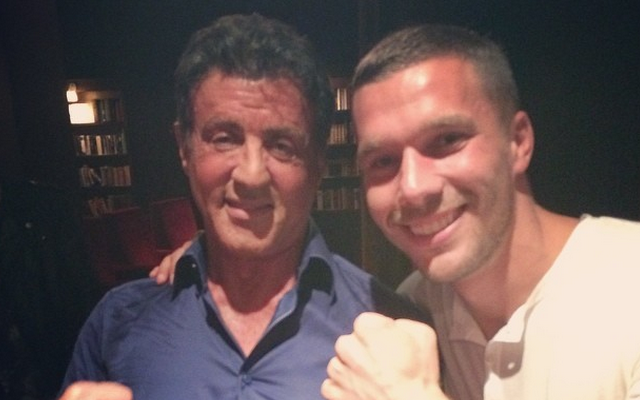 Gunners star had a great time in Cologne.

SEE ALSO: The Most Annoying Celebrity Supporters Of The Premier League’s Top 10.

The German World Cup winner’s most recent snaps were taken at a movie premiere for The Expendables 3 in Cologne.

Check out the pics below.

SEE ALSO: All 20 Premier League Clubs Ranked By Their Best All-British Starting XI: Arsenal and Liverpool in the top four, with Chelsea and Man City in the relegation zone!