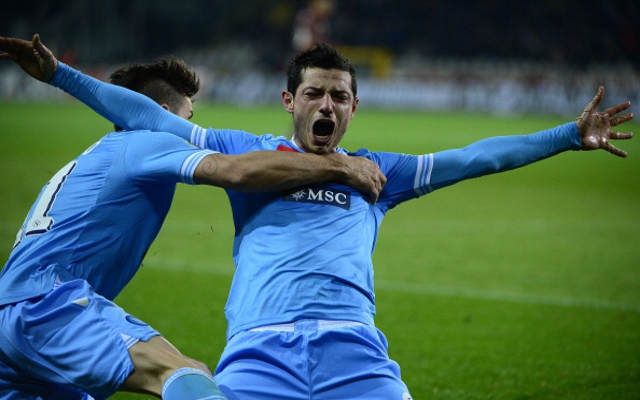 All the latest headlines from the newspapers in Italy as Napoli defeat Barcelona while in the transfer market AC Milan have competition for Diego Lopez.

– Massimiliano Allegri’s Juve, always to the max – targets Scudetto and semi-finals of Champions League in his first season in charge of the Turin giants.

– Jeremy Menez: “Milan, you’ll see I’m not a bad boy”. French ace hopes to put his troubles behind him and start fresh with the Rossoneri, although his priority will be to recover from injury and regain fitness ahead of the new season.

– Monaco join Milan in race for Diego Lopez. Spanish goalkeeper and Real Madrid understood to be prefer permanent transfer as opposed to loan deal, with speculation of a three-year deal being offered by both interested parties. However, Milan are unable to compete financially with the numbers on the table from Monaco.

– Juventus, eight goals (hat-trick for Llorente) and move for Manolas.

– Everyone wants Ibra – Juventus fans push for his return after recent revelations. His friend Tacchinardi: “I know him, the colours are in his heart”. Report comes after his former coach at Malmo revealed that he has said he wants to return to Turin.