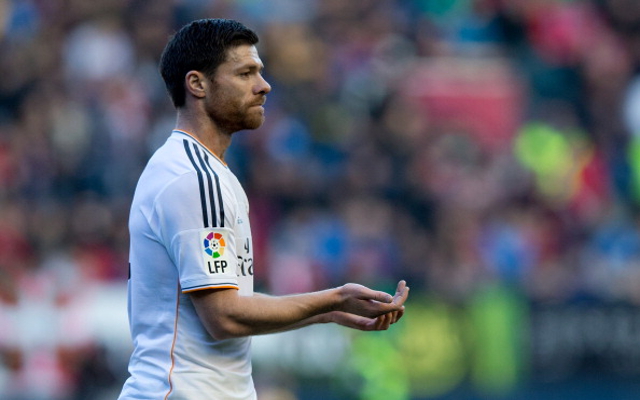 Reds could swoop for Spanish midfielder.

Liverpool could be set to make a move to bring Xabi Alonso back to the club as it has emerged that Real Madrid could be ready to sell him this summer, according to Fichajes.net.

The Reds are in the market for further big-name signings in midfield despite already bringing in Emre Can from Bayer Leverkusen, and Alonso remains a favourite of the Anfield crowd after becoming one of the club’s star players during his first spell on Merseyside.

Alonso first played for Liverpool between 2004 and 2009, and helped them to victory in the Champions League in the 2005 final as he scored the crucial equaliser to make it 3-3 on that memorable night against AC Milan in Istanbul.

The Spanish international has been an influential performer for Real as well, winning La Liga with the club back in 2011/12, though he sat out last season’s Champions League final victory over Atletico Madrid due to suspension.

Still, with Real bringing in Toni Kroos in midfield this summer, Alonso may be allowed to leave for the right price, and an emotional return to his old club could be on the cards as Liverpool reportedly step up their interest in the experienced playmaker.