Red Devils on track to sign two Serie A stars.

Manchester United are chasing the signing of two Serie A players this summer, with various reports today linking the Red Devils with top class additions in midfield and defence.

New United boss Louis van Gaal has been keen to strengthen in these areas since taking over at Old Trafford this summer, and may now look to solve his side’s weaknesses with a double swoop for two Italian-based stars in deals roughly worth £42m in total.

Having already signed Ander Herrera from Athletic Bilbao and Luke Shaw from Southampton, these next two signings would be another welcome boost for the United squad as they look to get back into the top four and perhaps even the title race in the Premier League in 2014/15.

The two players would no doubt be an improvement on what van Gaal currently has to choose from in these positions, with the first player from Roma looking a particularly world class talent. 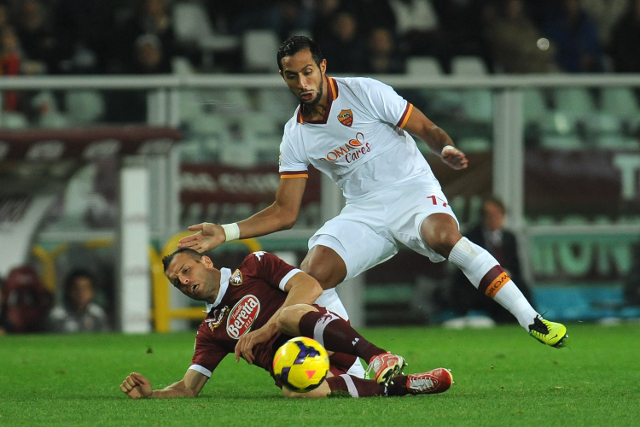 With Roma reportedly chasing the signing of highly-rated Olympiacos defender Kostas Manolas, it could be that the club are preparing to lose their in-demand Moroccan centre-back Mehdi Benatia. The £30m-rated star has been linked with a host of top clubs in recent months, and according to the Daily Express, Manchester United are ready to step up their interest in the player.

Chelsea and Real Madrid are also said to be the main contenders for his signature, but United could desperately do with a signing of his quality at the back after losing both Nemanja Vidic and Rio Ferdinand this summer.