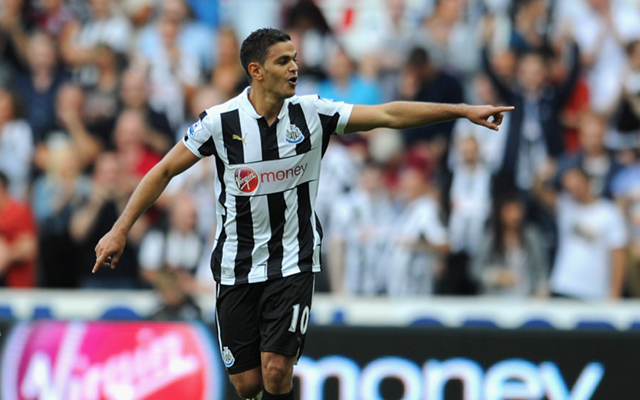 The relationship between Newcastle United and winger Hatem Ben Arfa now seems to be irretrievable, with the Magpies now having stripped the Frenchman of his number 10 shirt in the latest move to force the former Marseille man out of St. James’ Park, report the Daily Mail.

Ben Arfa lost his place in the team last season, with his relationship with manager Alan Pardew having deteriorated ever since, as the Frenchman was firstly fined for returning from pre-season training reportedly overweight, and then having been involved in a dispute with the club over unpaid rent on his house.

A move away seems inevitable, but Ben Arfa still wants to stay at Newcastle, and retains a solid relationship with the club’s supporters, who see him as one of their most exciting players.

Newcastle want him gone, however, and have reportedly offered him to Ligue 1 club Olympique Lyonnairs as part of a possible deal to bring £15m-rated forward Alexander Lacazette to St. James’ Park.

Whether Lyon would be able to afford Ben Arfa’s considerable wages remains to be seen, however, with his pay packet being an issue that could mean that Newcastle struggle to get him off the wage bill this summer.