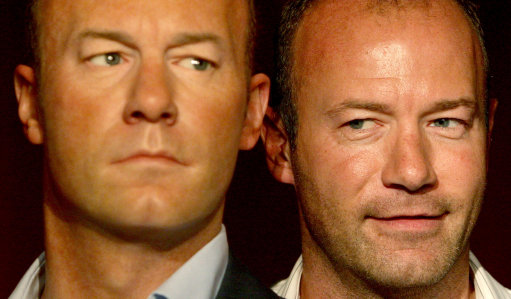 A Bronze medal, well done BBC! Only it’s not actually that impressive considering there are only four major stations in this list. The BBC is an odd one, you want to like them, after all they were the ones that started Match of the Day all those years ago, but since the days of Des Lynam they’ve lost their way.

Presented by a suave Gary Lineker, whose goodbye’s are on par with Anne Robinson’s, you get the feeling that he is intelligent and would have something to say had he not been gagged by the beeb, so instead he leaves it to his cronies to do all the work.

Alan Shearer is a man who has undone his hero status quicker than anybody in the world has, ever, as he turns stating the obvious into an art form and waxes hyperbole instead of actually imparting knowledge from his 15 years as a professional.

Robbie Savage, well, where to start? The Welshman is a class clown of the highest order and wouldn’t be so bad if his vapid and clueless opinions were based upon his desire to be a heel in the studio, but no, he is so cluelessly stupid that he doesn’t realise that he’s there so serve the public’s need to have somebody to hate.

However, with Alan Hansen retiring and Mark Lawrenson taking a backseat, the likes of Martin Keown, Danny Murphy and new signing Phil Neville could have the chance to enlighten and rebuild some of the BBC’s damaged reputation.