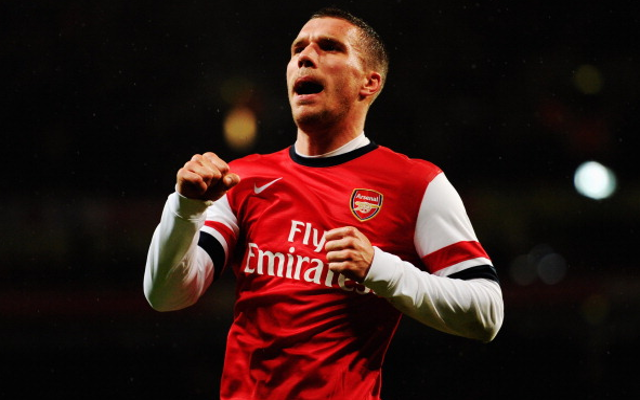 Podolski could follow Vermaelen out of Arsenal exit door.

Arsenal may be bracing themselves for another departure after agreeing to sell Thomas Vermaelen to Barcelona, with Lukas Podolski being linked with a move to Galatasaray, according to Turkish souce AMK.

The German international has been with the Gunners for two years after joining the club from Cologne, but spent a large chunk of last season on the bench after falling out of favour with Arsene Wenger.

It is now thought that he could join the Turkish giants on season-long loan deal, which Arsenal fans will be hoping will lead to further investments upfront, as his departure would no doubt leave the side somewhat short in attack.

It may also mean a promotion to the first-team for Costa Rica youngster Joel Campbell, who caught the eye in pre-season after also impressing for his country at this summer’s World Cup.

Still, Podolski and Vermaelen leaving in quick succession will do little to ease Arsenal fans’ fears that they are still something of a selling club, despite also spending big on new signings of their own this summer with high-profile names such as Alexis Sanchez, Mathieu Debuchy, David Ospina and Calum Chambers coming in.