Real Madrid’s latest ‘Galactico’ signing James Rodriguez has been presented with the Golden Boot for finishing as the top scorer at this summer’s World Cup.

The 23-year-old was in outstanding form for his national side Colombia, announcing himself on the biggest stage of all with six goals to emerge as arguably the best player of the whole tournament.

Although Colombia were eliminated at the quarter-final stages in a close contest with host nation Brazil, the likes of Thomas Mueller and Lionel Messi failed to overtake him despite their sides Germany and Argentina both reaching the final of the competition.

Rodriguez can be seen with his award below. 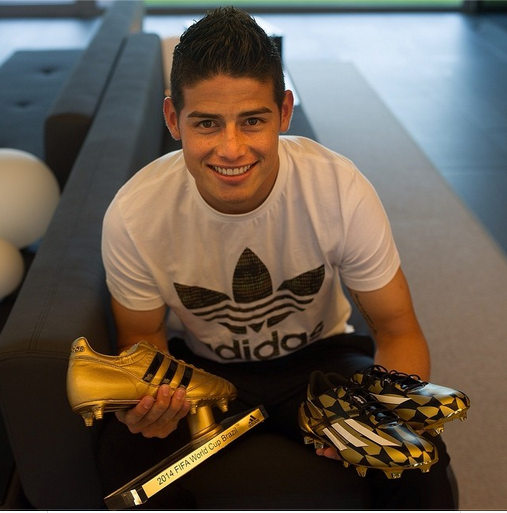