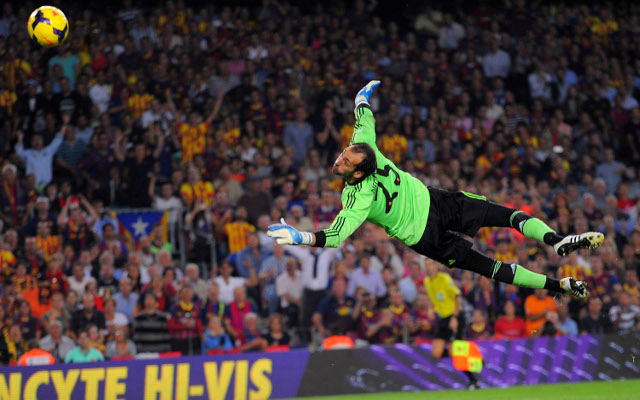 Liverpool have agreed to sell Pepe Reina to Bayern Munich for £2m, and are immediately trying to replace him with a fellow Spaniard…

Respected Spanish publication El Confidencial claims that the Reds are in talks with Real Madrid over the possible transfer of Diego Lopez.

The report reckons that Napoli and Milan are also in discussions for the 32-year-old, who was first choice in La Liga ahead of legendary stopper Iker Casillas for Los Blancos last term.

Liverpool currently have Belgian Simon Mignolet as their no.1, but the former Sunderland man was occasionally a liability during Liverpool’s Premier League campaign last time out. While his manager Brendan Rodgers has publicly praised him, it appears that he might be looking to bring in some serious competition for the goalkeeper spot before the start of the upcoming season.

Lopez is a superb shot-stopper, and prides himself on his ability to come out and claim crosses, something Mignolet consistently struggled with last season.