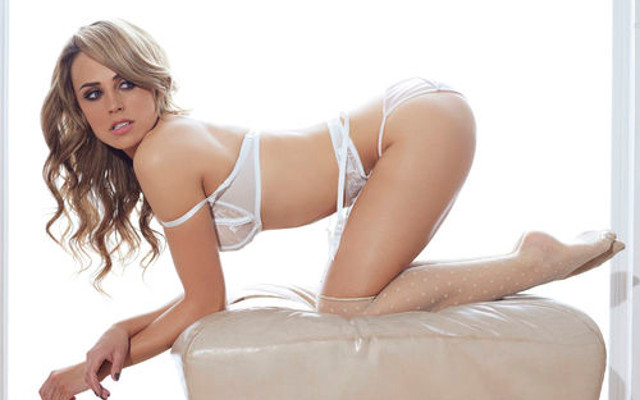 We don’t blame you Thomas!

Yesterday we ranked Polly Parsons in first place in our list of the Premier League’s top 60 WAGs.

Miss Parsons, 30, is the girlfriend of Arsenal defender Thomas Vermaelen, who is on his way out of the Emirates Stadium this summer.

Manchester United had appeared to be his most likely destination, but the two clubs failed to agree a deal, because the Gunners were unable to get Chris Smalling in part-exchange, according to the Daily Mail.

Arsenal have now accepted a £15m offer from Barcelona for the Belgian international.

However, he has yet to agree personal terms with the La Liga giants and he may be reluctant to do so, as he is keen to stay close to English babe Parsons.

Barca have reportedly offered Vermaelen a four-year contract worth £80,000 a week.

Click through the pages to see just how hot Vermaelen’s girlfriend is.

You won’t be disappointed!