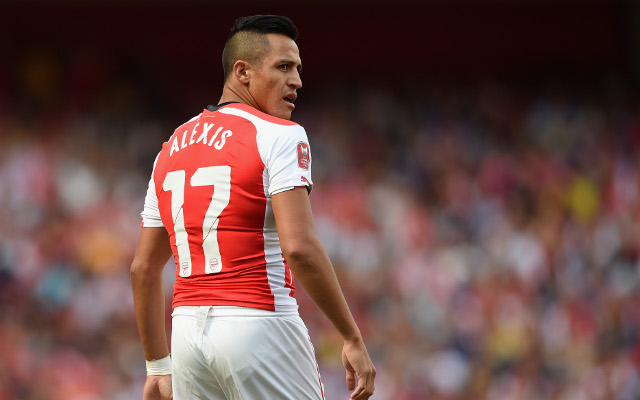 A combined XI of Man City and Arsenal stars.

With Arsenal and Manchester City set to battle it out for the Community Shield on Sunday, we have created the perfect starting XI made up of stars from both sides. It is important to note that the players in this line up aren’t necessarily made up of players we think are going to start the match, but rather a team made up out of pure awesomeness. Enjoy. A controversial choice, perhaps, but until we see Ospina and Caballero in action for their new sides Hart remains the top pick. The only Englishman in the side gets the nod over former teammate Gael Clichy, simply for the fact that he plays more and is more mobile than Kolarov. Impossible to leave out, and our choice for skipper too. Possibly the most vocal and inspirational player on the pitch, he will be instrumental for and of City’s success this term. The World Cup winner gets in less trouble than his club counterpart, and given his height next to Kompany the pair will be a dominant force in the air. The best right-back in the Premier League without a shadow of a doubt. Calum Chambers has a long way to go if he wants to match up to the tireless Argentine.