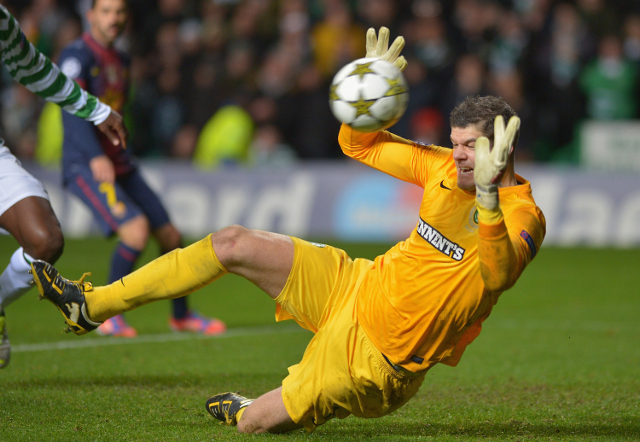 Southampton have completed their latest summer signing, with the club’s official Twitter account confirming that the Saints have snapped up England international goalkeeper Fraser Forster from Celtic.

The highly rated former Newcastle United man was Roy Hodgson’s third choice stopper during the 2014 FIFA World Cup and will be looking to establish himself even more as a potentian international now that he is back in the Premier League.

Forster has shot to prominence with his displays for Celtic over the last couple of years, but has now moved on from the Glasgow club despite their Champions League reprieve and upcoming play-off tie against Slovenian champions Maribor.

He is the third major summer signing to be made by Southampton manager Ronald Koeman, who has previously brought in winger Dusan Tadic from FC Twente and striker Graziano Pelle from Feyenoord.

Forster is likely to replace Polish goalkeeper Artur Boruc as the club’s number one – with Boruc, another former Celtic player, having marred an otherwise useful 2013/14 campaign with a handful of silly errors.

The goalkeeper has penned a four-year deal at St. Mary’s, with the reported fee believed to be in the region of around £10 million.