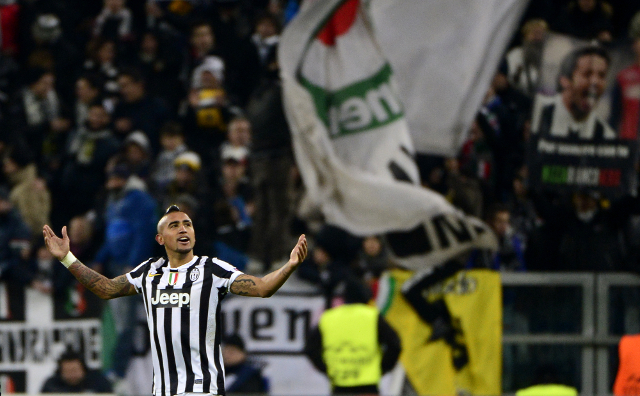 With Manchester United’s interest in Juventus star Arturo Vidal turning into something of a long-drawn out transfer saga, CaughtOffside takes a look at five other top-class midfield options that Louis van Gaal may want to consider as he searches for new signings in that position.

Central midfield remains something of a problem position for the Red Devils following the retirement of the legendary Paul Scholes, and van Gaal is still keen to bring in another new player in that part of the pitch despite already spending around £30m on bringing in Ander Herrera from Athletic Bilbao.

Still, while Vidal is among the most exciting candidates to come in and add some world class quality to United’s midfield, there are plenty of others who could make equally good signings, with five of the best listed below.

Although usually a left-back, Ajax and Netherlands star Daley Blind can operate in a number of positions, including defensive midfield. The 24-year-old has been linked with Manchester United several times this summer due to the presence of his old national team boss Louis van Gaal, who is known to be a fan of his and who will have been impressed by the versatile player’s displays at this summer’s World Cup. With Patrice Evra leaving, Blind could compete with Luke Shaw for the left-back slot as well as providing an option in midfield, and looks an overrall useful signing for the Red Devils, as well as likely being one of the cheaper options on the market at the moment.