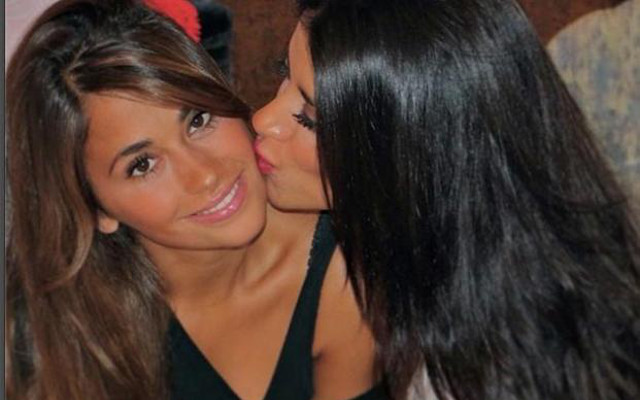 Antonella Roccuzzo, who has been Lionel Messi’s girlfriend since 2008, hit the beach with the romantic partner of Chelsea midfielder Cesc Fabregas this week.

Roccuzzo and Daniella Semaan were joined by a third babe, whose identity is unknown.

The below image was uploaded to Instagram by Roccuzzo on Saturday morning.

She is in the middle of the photo, while Miss Semaan is the curvy stunner on the right.