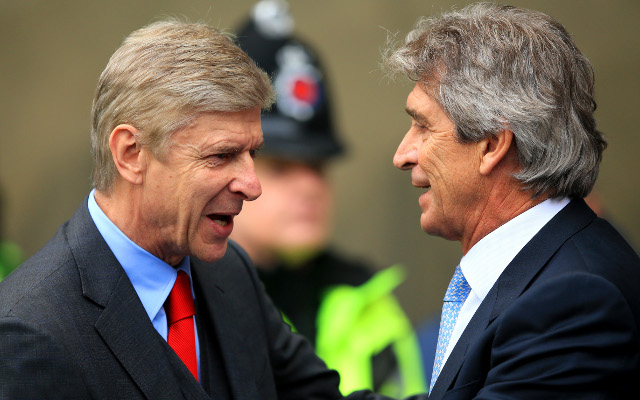 Pellegrini confirms that several key stars will be absent for the Wembley clash.

It’s the first competitive match of the 2014/15 season for both Arsenal and Manchester City as the two Premier League giants go head-to-head in the Community Shield at Wembley Stadium.

The Gunners won the FA Cup last term whilst City triumphed in the English top tier for the second time in three years in order to be here.

However, Citizens manager Manuel Pellegrini has confirmed that seven of his first team stars will be missing for this encounter, with former Gunner Bacary Sagna among those who are absent.

Here is how CaughtOffside expects the English champions to lineup.

Despite the fact new £4.4m signing Willy Caballero is ready to play following his summer move from Malaga, we expect Pellegrini to go with his preferred No.1 between the sticks. With both Sagna and Pablo Zabaleta absent having only just returned from World Cup duty, this could be a rare opportunity for Richards to impress in defence.

Having missed much of the last campaign due to injury this will be a chance for the 21-year-old to prove that he should be partnering captain Vincent Kompany in defence ahead of Martin Demichelis.

With both Demichelis and Kompany also absent the 23-year-old should be given a game at the back having featured regularly in pre-season.

The Serbian has moved ahead of Gael Clichy for a place at left-back and this could be an opportunity for Kolarov to cement that role for himself with a good performance.