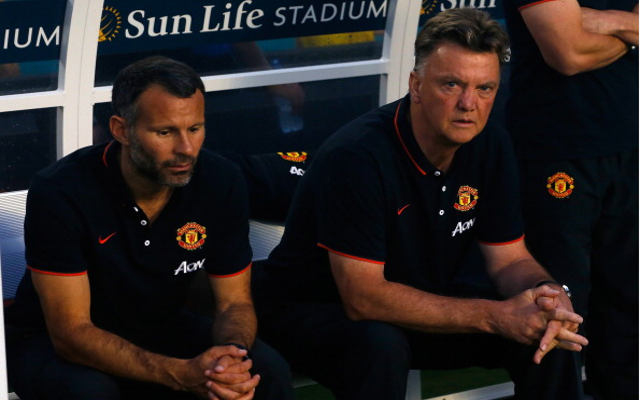 Manchester United’s new manager Louis van Gaal is thought to be preparing to sell as many as six first-team regulars from his squad before the end of the summer, according to the Daily Mail.

The Dutchman has had some time to assess his squad in pre-season, and has now settled on six names to be cleared out before the end of the transfer window in a bid to raise transfer funds for some of the club’s ambitious big-name targets.

With United underperforming badly last season as they finished 7th in the Premier League, it is all too clear that there are too many passengers in the squad at Old Trafford, and van Gaal has shown he means business as he looks to rid himself of a high number of under-performers.

It remains to be seen if the new head coach will be successful in selling each of these six individuals, but if he does, it is estimated that it could bring in a profit of around £67m for the club.

Last summer’s big-money signing from Everton, Marouane Fellaini looks set to make a quick exit from Manchester United after a highly disappointing first season at Old Trafford. The Belgian international is supposedly wanted by Napoli, and United will hope not to make too much of a loss on the player as they aim to bring in around £20m for his signature. There should be some takers, with Fellaini proving to be one of the best midfielders in the Premier League during his time at Everton, even if he hasn’t managed to make the step up at United.