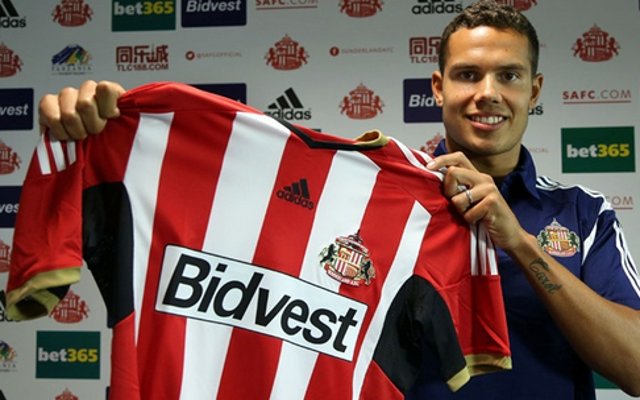 New Sunderland signing Jack Rodwell has hit out at former club Manchester City, report the Mail, who he has accused of ruining his chances of playing for England at the 2014 FIFA World Cup with a lack of opportunities to play first team football under Manuel Pellegrini.

Former Everton midfielder Rodwell has now joined Gus Poyet at Sunderland and is looking to rebuild his career, both in the Premier League and potentially at international level, at the Stadium of Light.

Rodwell admitted that he wouldn’t advise any young English player to follow his lead and move to Eastlands:

“I’d say get as much football as you can, but you just never know – you could go there, do really well and be winning league titles and everything.”

Having burst onto the scene as an exciting young talent whilst at Goodison Park, Rodwell was surprisingly taken to Eastlands by Roberto Mancini despite an injury hit season with Everton.

There were suggestions that Rodwell was simply signed to help City comply with Champions League regulations on homegrown players, and the player clearly feels that his international opportunities may have been much better if he had been able to play more first team football:

“If I’d been playing regularly for the last two years, I believe I probably would have been up there.”

“I certainly think I would have been playing at the World Cup. It’s just not worked out over the last two seasons and that’s why I am here now.”

Rodwell will be looking to rebuild his career under Poyet, who has already worked his magic with one English talent who had lost his way in young striker Connor Wickham.