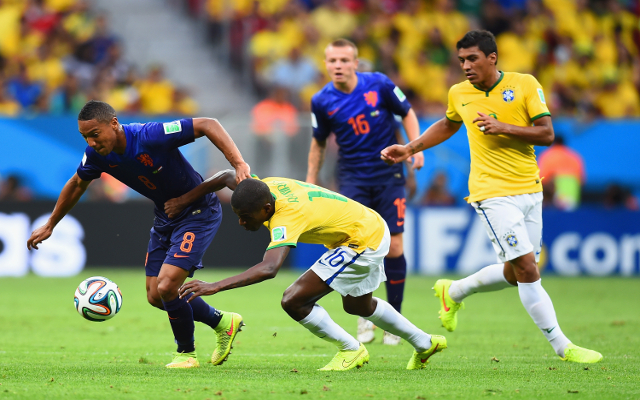 QPR are hoping to beat Swansea City to the signing of Dutch midfielder Jonathan de Guzman according to the Metro.

The 26 year old has spent the last two seasons on loan at the Liberty Stadium from Villarreal and the La Liga side are seemingly looking to sell the player on a permanent basis with Garry Monk no doubt keen to secure the player outright.

De Guzman has been a big hit in south Wales, scoring 15 goals in 93 appearances, and his form helped to secure a spot in Louis van Gaal’s 2014 World Cup finals squad.

The creative midfielder, and set-piece specialist, could be tempted by a move to west London, where no doubt he could secure a higher wage than he may currently earn and Harry Redknapp has certainly greatly improved his squad this summer with the capture of several top notch talents.

Steven Caulker, Rio Ferdinand and Jordon Mutch have joined from Cardiff City and Man United while Mauricio Isla has moved to Loftus Road on a loan deal.