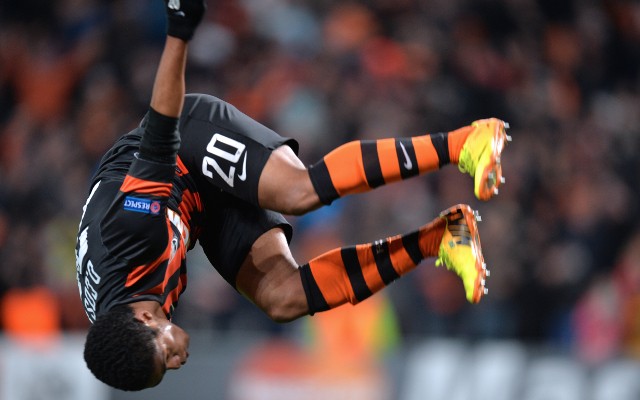 Arsenal and Tottenham Hotspur have been faced with a huge barrier to the signing of Brazilian attacking midfielder Douglas Costa, with the Express reporting that Shakhtar Donetsk will not part with the player for less than £40 million.

Both North London rivals had been linked with a move for Costa, potentially taking advantage of the volatile political situation in Donetsk that has reportedly unsettled a number of the club’s foreign talents, including Costa.

Club official Sergei Palkin, however, made it clear that this would not be the case:

“Everyone says that Costa’s goodbye is close, but the club has not received any proposals and his buyout clause is €50million.”

Whether this leaves the potential deals dead in the water remains to be seen, but paying such a significant sum would be a huge leap of faith for a player yet to prove himself in one of the major European leagues.

Costa has been a fine performer for Shakhtar since signing from Gremio in 2011, and has consistently been linked with moves to bigger leagues, although his club’s reluctance to sanction a deal continues to mean that he plays in the Ukrainian league.

With Arsenal already having spent a huge fee on Barcelona winger Alexis Sanchez this summer, it is perhaps unlikely that the Frenchman would want to splash out so lavishly on another attacking midfield player.