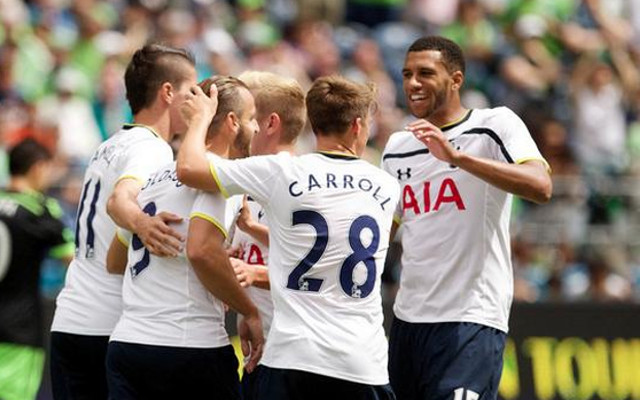 Read about, then watch, Spurs vs Schalke.

Tottenham Hotspur will be looking to finish a strong preseason on a high by beating Bundesliga side Schalke 04 on Saturday.

The North Londoners began their summer of football with a 3-3 draw at the Seattle Sounders, before defeating Toronto 3-2 and Chicago Fire 2-0.

However, a 1-1 draw with VfL Bochum was then followed by a penalty shootout loss to West Ham United and a 3-1 defeat at the hands of Newcastle.

Despite those disappointing results, Schalke should provide Pochettino’s Spurs with their biggest test to date.

They also reached the Champions League’s last 16, before being knocked out by eventual winners Real Madrid.

Former Everton defender Eric Dier, who can also play in midfield, could make his Spurs debut after signing from Sporting Lisbon.

Meanwhile, left-back Ben Davies and goalkeeper Michel Vorm are both likely to make their home bows, having joined from Swansea City in double deal last month.