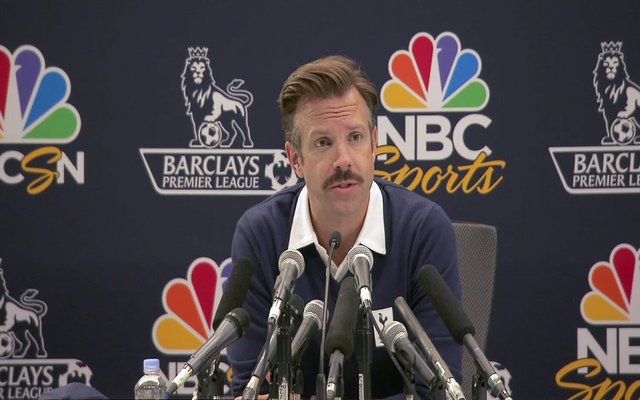 The viewing corporation will be showing all 380 matches this season and Lasso celebrates this by costing up for a few pints with a group of ex-pat Gooners, chilling with Tim Howard, and annoying TV presenter Rachel Lowe.

This is the second appearance made by the ex-Spurs coach, who spent a whopping six-and-a-half hours in charge of the north London outfit, and he makes a welcome return to management with girls club the ‘Fighting Owls’.

However, at the end of the ad he receives an intriguing job offer that could bring him back to our screens very soon indeed…

He might need to learn what relegation means first, though!