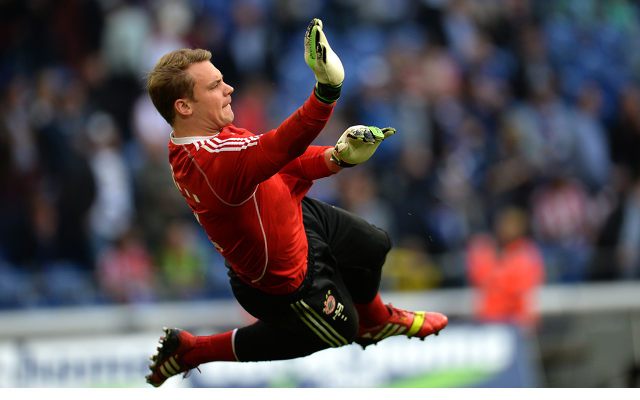 What will they do if Lewandowski gets injured though?

Perhaps they could give goalkeeper Manuel Neuer a go in attack.

Footage of the Neuer scoring in a charity match has resurfaced.

It comes from a game last summer, which Neuer & Friends won 8-7 against Dirk Nowitzki’s All Stars.

Check out Neuer’s goal below.

FIFA named Neuer as the best goalkeeper at the 2014 FIFA World Cup, giving him the Golden Glove award.