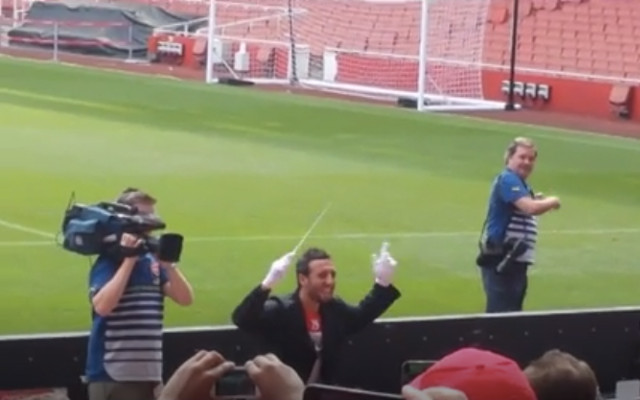 The Spanish playmaker is more than just a footballer though.

He recently displayed his conducting skills to work the crowd at a Gunners open day at the Emirates Stadium.

The fans loved it.

Not sure about the gloves, mind.