Will this be the last time that Vidal gives his autograph to a Red Devils fan?

It has been one of the biggest transfer sagas of the summer.

Will Manchester United, who have been linked with a £45m bid, be able to sign Juventus and Chile midfielder Arturo Vidal before the window slams shut at the end of the month?

Well, one Red Devils fan has already managed to secure the 27-year-old’s signature.

A United supporter attended a friendly game between Juve and the A-League All-Stars on Sunday.

The cheeky fan showed up with a United shirt, which he got Vidal to scribble on.

Vidal did not play in the match.

SEE ALSO: The Most Annoying Celebrity Supporters Of The Premier League’s Top 10. 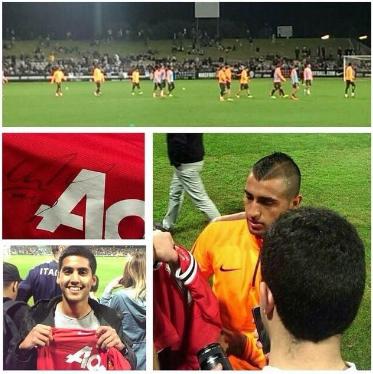