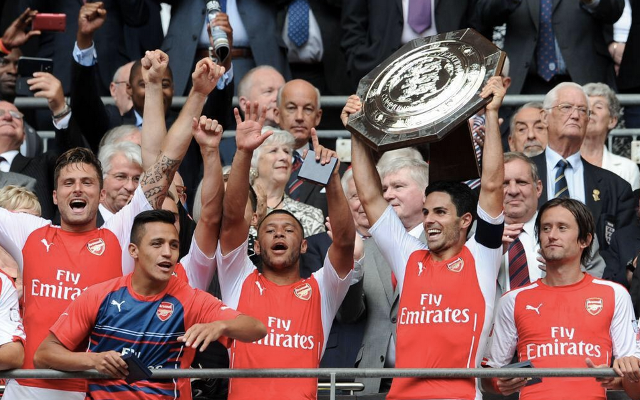 Arsenal won their second piece of silverware in three months by thrashing Manchester City 3-0 in the Community Shield at Wembley Stadium on Sunday.

We have collated the best images from the day.

Young midfielder Serge Gnabry was not involved in the match, but the German youth international showed up anyway, walking into Wembley with the fans.

Gunners boss Arsene Wenger made a much more formal entrance.