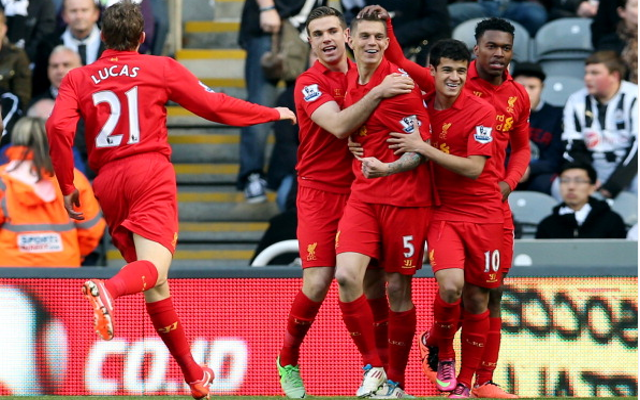 Arsenal have agreed a £12m fee for Liverpool defender Daniel Agger and Arsene Wenger will now look to settle personal terms with the Danish international.

CaughtOffside understands that the Gunners boss sees the 29 year old Anfield star as the ideal man to provide his side with further strength in depth having seen Belgian Thomas Vermaelen complete his move to Barcelona.

Agger is deemed surplus to requirements at the Merseyside club he joined way back in 2006 and is said to be keen on leaving for pastures new.

There is also thought to be interest in Agger from Tottenham and West Ham and whilst Wenger can offer the adaptable defender Champions League action it’s likely that the experienced Liverpool star would have to bide his time and fight for a starting eleven spot.

Arsene Wenger sees Per Mertesacker and Laurent Koscielny as his first choice centre-back pairing and Agger would have to unseat one of the Emirates Stadium duo to get a look-in, whilst in his alternative left-back role the likes of Kieran Gibbs and Nacho Monreal bar the way.

Arsenal are looking to battle on multiple fronts and are therefore keen to build up numbers at the back and Wenger is thought to be an admirer of the Liverpool man, who is well known for his determined displays and ability to push forward with real purpose as and when necessary.

Liverpool may well hope that other interested parties register their interest so as to help build-up a bidding war for Agger, who has made 232 appearances for the club since his move to the Premier League from Brondby.