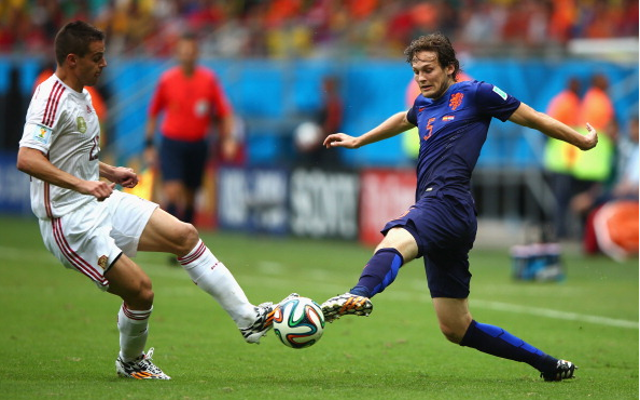 Ajax defender and Manchester United target Daley Blind admits he feels a move to La Liga may be the better one for him at this moment in time, according to the Manchester Evening News.

The 24-year-old has been attracting plenty of interest this summer after some fine performances in the Eredivisie and for the Netherlands at this summer’s World Cup, where he will no doubt have impressed his former national team boss Louis van Gaal, who took over at Old Trafford after the tournament in Brazil.

Able to play both centre-back and left-back, Blind would be a highly useful signing for the Red Devils as they look to strengthen defensively, and whilst he admitted it would be tempting to make the move to United, he feels his game might be better suited to La Liga.

There has been some suggestion that Barcelona would be interested in the versatile Dutchman as well, and it would represent another major blow to United after the Catalan giants also beat their Premier League counterparts to the signing of Arsenal defender Thomas Vermaelen this weekend.

“Of course, it’s flattering when you’re linked with clubs like Manchester United and Barcelona,” he is quoted as saying.

“La Liga would suit my style of play. Perhaps England as well, but that’s a very physical competition and that’s not my biggest strength.”