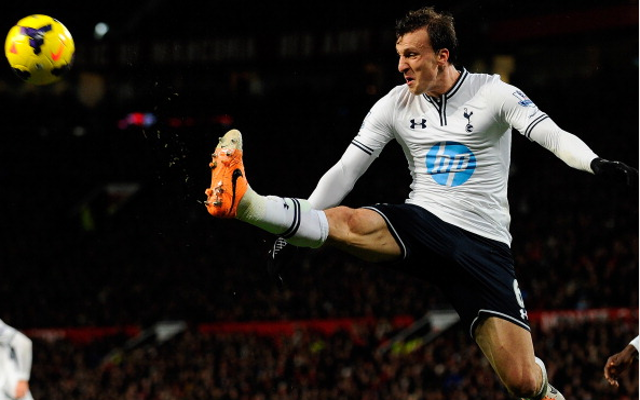 Serie A sides Lazio and AS Roma are both keen on Tottenham centre-back Vlad Chiriches according to CalcioMercato.

The 24 year old Romanian didn’t have the greatest of debut campaigns but did at times show glimpses of real quality that may well have attracted the interest of these two Rome based outfits.

New White Hart Lane boss Mauricio Pochettino will no doubt have run the rule over his Tottenham squad and will be considering which players he wants to keep and which he can happily offload in order to help boost his summer transfer funds.

Tottenham had a fairly leaky defence last term, conceding more goals than any other side in the top eight, but Chiriches was by no means the worst offender.

One wonders if Pochettino would choose to consider offers for Chiriches or instead look to sell Micheal Dawson and/or Younes Kaboul instead.