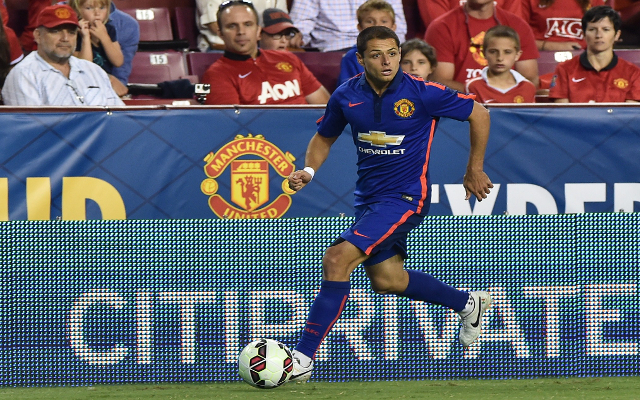 Tottenham are ready to make a move for Man United striker Javier Hernandez as boss Mauricio Pochettino looks to offload Spanish flop Roberto Soldado according to the Daily Mail.

The 26 year old Mexican looks destined to leave Old Trafford after four seasons attempting to prove himself worthy of a regular spot in the club’s starting eleven.

Last term Chicharito managed just six Premier League starts and life under Louis van Gaal doesn’t promise to be much of an improvement and a move to White Hart Lane may well tempt the Guadalajara born ace.

Hernandez has netted 59 goals in 152 appearances, of which 69 were from the bench, and is a proven Premier League marksman who could certainly effectively lead the Spurs attack.

Last term big money signings Roberto Soldado and Erik Lamela both failed to deliver, managing just two Premier League goals from open play between them, and it’s likely Pochettino will see to trim his squad before making a further striker signing and Javier Hernandez could be the ideal man for the job.