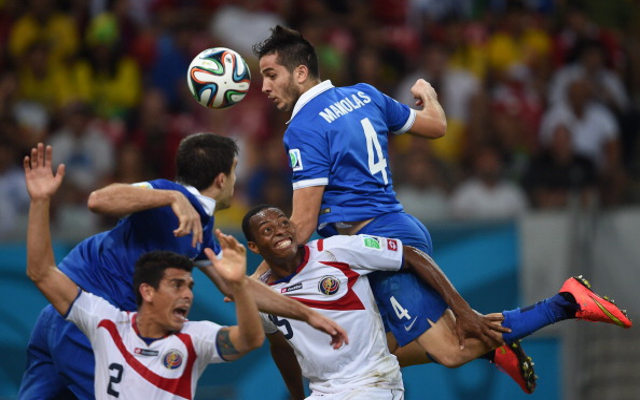 Emirates Stadium side look to bring in Olympiakos youngster.

Having seen Thomas Vermaelen leave for Barcelona Arsene Wenger has been linked with a number of potential defensive signings and now the Metro reports on Arsenal’s apparent push to land Greek international Kostas Manolas.

Though Juventus and Napoli are also keen on the Olympiakos man this source believes the Gunners have the edge, having had previous dealings with the Athens based club with youngster Joel Campbell being loaned out to the Greek title winning side last term.

The 23 year old centre-back has spent the past two seasons at Olympiakos following a contentious move from arch rivals AEK Athens, and was part of the Greece national team set-up at the World Cup finals.

Wenger turned to Calum Chambers and Nacho Monreal to play their part in the centre of the Arsenal defence for a portion of the club’s Community Shield win over Man City and may therefore feel the need to beef up his options.

The club’s first choice central defensive pairing of Laurent Koscielny and Per Mertesacker proved very capable last term and Manolas may be an intelligent option to bring in as back-up.