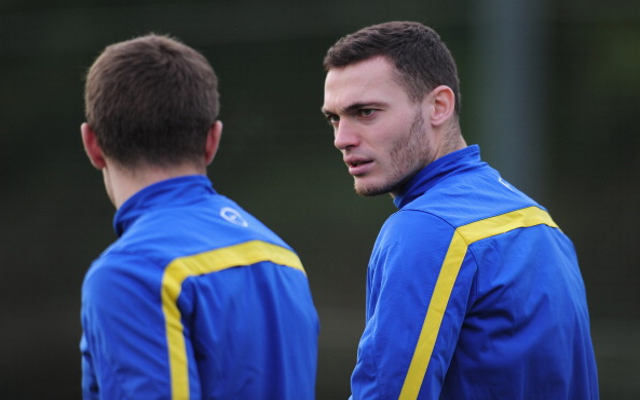 Ozil and Ramsey among those sending messages of support to their former skipper.

Thomas Vermaelen completed his £15m transfer from Arsenal to FC Barcelona on Saturday and ended a five-year spell in North London.

As captain of the Gunners it’s clear the 28-year-old was a popular figure within the dressing room and many of those that he has left behind at the Emirates Stadium have wished the Belgium international luck.

Best of luck to @T_Vermaelen05 at Barcelona. Will miss our rounds of golf #mean5iron pic.twitter.com/0I7pq9nsBd

Good luck captain in Nou Camp! Will remember you as a top guy and our good time together for Arsenal. AHA!! Thomas all the best for u. Poldi

Vermaelen turned down Manchester United to complete his switch to the Nou Camp instead and many are surprised that Barca paid so much for the defender and rewarded him with a five-year contract.

The Belgian leaves Arsene Wenger’s squad having played 150 times for the club in all competitions and winning the FA Cup in 2013/14.