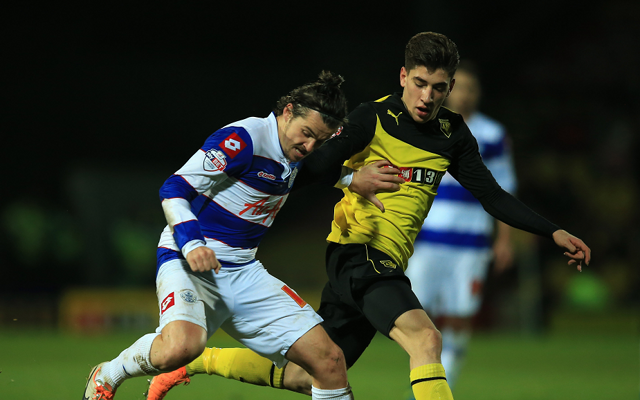 Arsenal’s 19-year-old Spanish defender Hector Bellerin is doing very well for himself these days. Tipped as one to watch in the coming Premier League season, the former Barcelona prodigy also has the gorgeous Maria Verkhovtseva on his arm.

Bellerin made his Gunners first-team debut in last season’s League Cup tie with West Brom, coming on as a late substitute for Mikel Arteta. He also enjoyed a loan spell with Championship side Watford, in which he made eight league appearances.