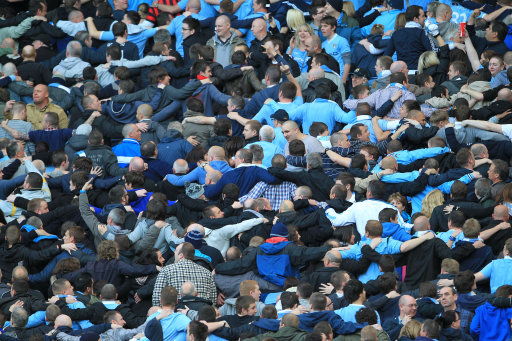 City fan clearly has the Liverpool badge on his leg.

One Manchester City fan accidentally showed off more than he realised at Wembley today – with his shorts meaning that the Liverpool badge was clearly visible tattoo’d on his right leg.

Wearing a t-shirt celebrating Manchester City’s Premier League triumph under Manuel Pellegrini last season, we’re not too sure why this chap supports two clubs, but we certainly don’t condone it.