The mockery of Ashley Cole is still refusing to slow down, with Swedish side AIK Fotboll proving that the trend is spreading worldwide.

The “Ashley Cole” is spreading Worldwide. Here’s the Swedish team AIK making fun of him. pic.twitter.com/2adUGQfLE5

See the original picture below: 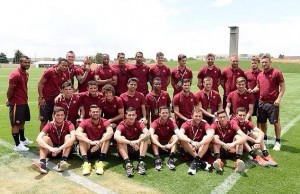