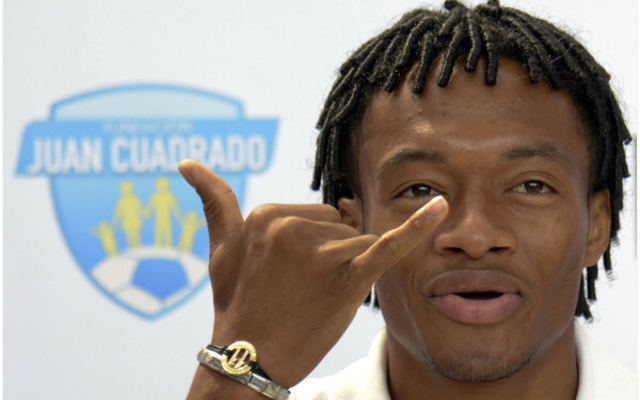 Man United have reportedly reached an agreement over personal terms with Fiorentina winger Juan Cuadrado according to the Metro.

The 26 year old enjoyed a standout campaign with his club side in 2013/14 and then impressed at the World Cup finals and is the subject of a great deal of interest with Old Trafford boss Louis van Gaal very keen to land the Colombian international.

Though the player may have accepted a deal from the Premier League side his Florence based employers insist Man United must meet their £32m valuation if they are to bring in the former Udinese man.

Van Gaal is also pursuing Real Madrid wide-man Angel di Maria and as such will have to make a decision as to who to punt for, as clearly the Dutchman isn’t looking to bring in both South Americans.

Cuadrado netted 15 goals in all competitions last term and may be seen by van Gaal as a preferable option to the likes of Nani, Luis Antonio Valencia and Ashley Young, though the England man has impressed in pre-season action.