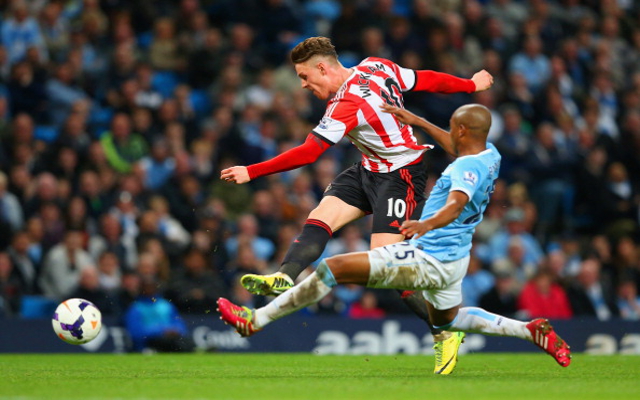 Upton Park side to make move for Stadium of Light youngster.

West Ham have launched a bid for Sunderland forward Connor Wickham according to the Daily Telegraph.

The Upton Park side are urgently seeking a striking addition to boost their attack, not least as first choice starter Andy Carroll is out injured, and hope to lure the young Black Cats marksman to east London.

The Hammers have also set their sights on Peter Crouch, Croatian Andrej Kramaric and Samuel Eto’o but will test Sunderland’s resolve with an offer for 21 year old Stadium of Light star Wickham, who has just a year to run on his current contract.

21 year old forward Wickham had himself been struggling for form at the Stadium of Light and spent time out on loan at Sheffield Wednesday and Leeds United last term before returning to Sunderland with a bang.

The England Under 21 international racked up five goals in the final six games of last term to help Gus Poyet’s side secure a great escape with Sunderland having seemed like shoe-ins for relegation to the Championship.

Poyet will be loathed to lose Wickham and it may well take a big fee to persuade Sunderland to sell the former Ipswich Town man.