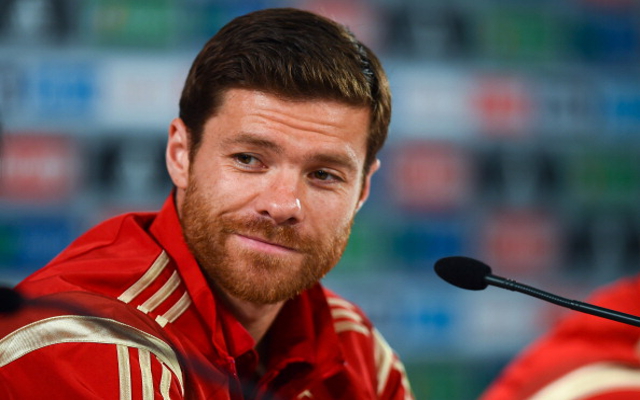 Real Madrid midfielder Xabi Alonso is set to be made available by his Bernabeu employers and a move back to former club Liverpool is apparently the ‘most likely’ option open to the veteran according to TuttoMercato.

The 32 year old apparently fears for his future at La Liga giants Real Madrid following the signings of Toni Kroos and James Rodriguez and may feel the time is right for a fresh challenge.

Alonso started just over half of Real Madrid’s La Liga fixtures last term but certainly played a key role in the club’s Champions League triumph but with the likes of Luka Modric, Isco, Asier Illarramendi and Sami Khedira also vying for midfield slots the World Cup winner may find himself playing a limited role in proceedings.

Liverpool boss Brendan Rodgers may feel the addition of an experienced campaigner could help as his side returns to Champions League action and it’s sure to be a move the Anfield faithful would love to see come to fruition.

Xabi Alonso enjoyed a hugely successful five season spell on Merseyside, winning the Champions League in his first season at the club and an FA Cup winners medal in his second campaign.

In total Alonso made 210 appearances for Liverpool before he left for the Spanish capital in a £30m move back in August 2009.