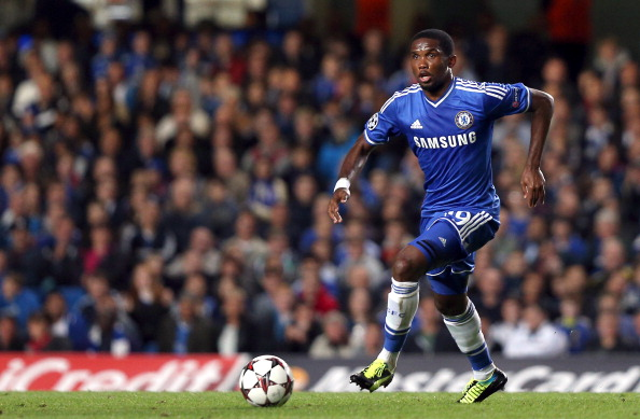 Gianluca di Marzio, the respected Italian journalist with an excellent record at predicting the transfer market, has given football supporters an update of the developing Samuel Eto’o to Liverpool transfer story, which he published on his official website.

The 33-year-old Cameroonian striker is available on a free transfer after Chelsea released him this summer, and he’s yet to find a new club before the start of the new campaign.

di Marzio claims that Liverpool held discussions today with Eto’o’s representatives, but that the wages the Reds are prepared to offer are way below the figure the Champions League winning forward is demanding.

The two parties are set to meet for more talks in the next two or three days, but a twist in discussions could emerge with Liverpool’s bitter rivals Everton also interested in securing Eto’o.

As a result, the Merseyside clubs could go head to head for his signature this week, likely wanting to bring in a new forward before the Premier League kicks off next weekend.

Liverpool are still looking to sign a striker having only brought in Rickie Lambert to replace the phenomenal Luis Suarez, while Everton still want numbers to support their recent record signing Romelu Lukaku.