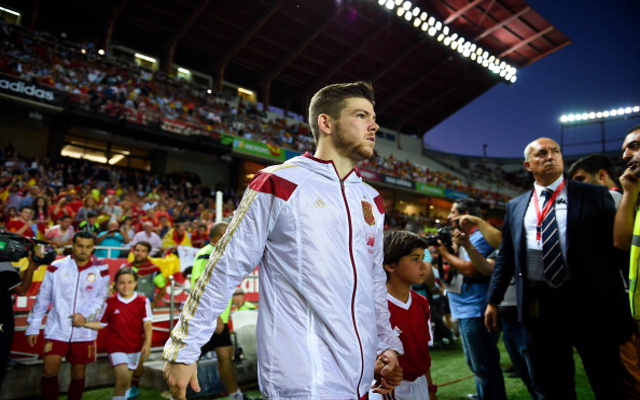 The Spaniard is on his way to Anfield after playing in the Super Cup.

Alberto Moreno has played his last game for Sevilla and will join Liverpool in a £12m deal, reports BBC Sport.

The 22-year-old watched on from the sidelines as his club lost 2-0  in the UEFA Super Cup to Real Madrid and having come through the ranks at the Ramon Sanchez Pizjuan Stadium it was an emotional goodbye for the left-back.

Moreno will become the Reds’ eighth new signing of the summer.