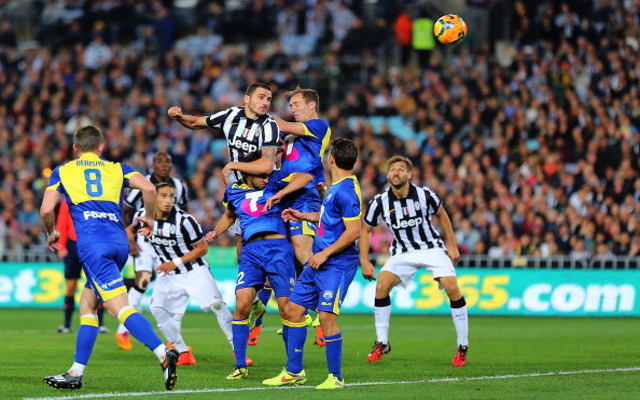 Having allowed Thomas Vermaelen to leave the Emirates Stadium for Barcelona it appears Arsene Wenger is on the look-out for a replacement for the Belgian and Italian source CalcioMercato claim that the north London side are keen on Juventus star Leonardo Bonucci.

The 27 year old centre-back was a regular in Juventus’s Serie A title winning side last term, starting 28 of the Turin side’s 38 domestic league fixtures and is contracted to the club until 2017 so one wonders if the no-nonsense defender would be interested in such a move.

Bonucci is tied to Juventus until 2017 and considering a move to Arsenal would essentially be to act as a back-up to Per Mertesacker and Laurent Koscielny, it’s a move that may well not appeal to the Italian international.

Arsenal could turn to young signing Calum Chambers as a centre-back alternative, the former Southampton man impressing in the role during the Community Shield clash with Man City, as it seems unlikely Wenger will persuade a ‘big-name’ player to move to the Gunners merely to act as cover.

Leonardo Bonucci moved to Juventus in July 2010 and has played his part in three successive Serie A title triumphs, making 142 appearances for the Italian giants.