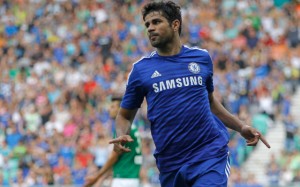 The 25-year-old enjoyed an outstanding 2013-14 season, helping Atletico Madrid to the La Liga title and the Champions League final. Despite a poor World Cup with Spain, he has been subsequently rewarded with an improved rating following his move to Chelsea.