He can’t believe it!

Cristiano Ronaldo scored both of the goals, but Cardiff-born Gareth Bale was the star attraction as the UEFA Super Cup came to South Wales on Tuesday night.

Real Madrid beat Sevilla 2-0 in front of a crowd of 30,854 at the Cardiff City Stadium.

Many of those fans had come to see local lad Bale, the most expensive footballer in the world.

One lucky mascot got to stand right in front of Bale before kick off and it was all a bit too much for the little fella.

Check out his cute starstruck reaction below. 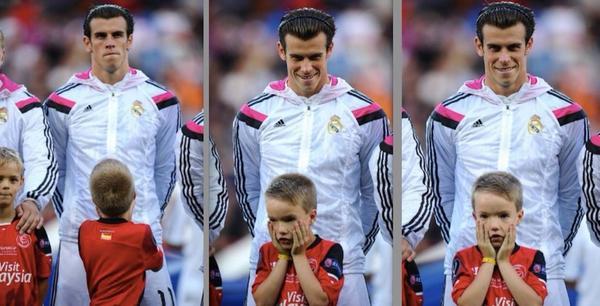