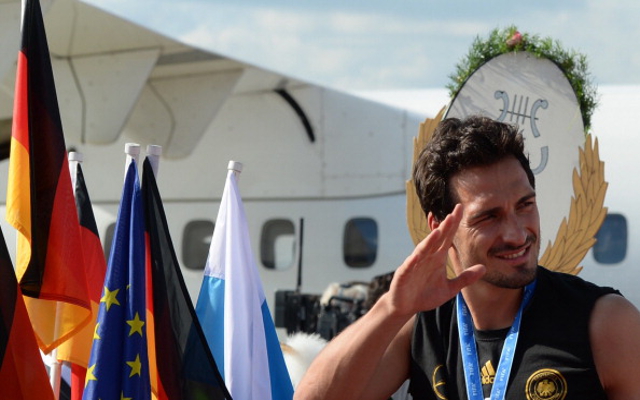 Having registered a bid for Argentine defender Marcos Rojo Man United boss Louis van Gaal is ready to step-up his ongoing pursuit of German international Mats Hummels according to the Daily Star.

The £30m rated Borussia Dortmund centre-back enjoyed a wonderful World Cup but has now returned to a Westfalenstadion side that is a country mile behind domestic rivals Bayern Munich and this realization could perhaps lead the 25 year old to consider a possible summer exit.

Jurgen Klopp’s push to bridge the gap to their Allianz Arena rivals will not have been helped by the fact that their top-scorer, Robert Lewandowski, has left to join Bayern Munich and on a free transfer deal no less.

Hummels has won back to back Bundesliga titles with Dortmund in the past and his side’s fall from grace could prove vital of van Gaal’s hopes of luring the former Bayern Munich man to Old Trafford.

Van Gaal has a Rio Ferdinand and Nemanja Vidic size void to fill, with the duo now at QPR and Inter Milan respectively, and the capture of Hummels could be an ideal signing to help in that regard.