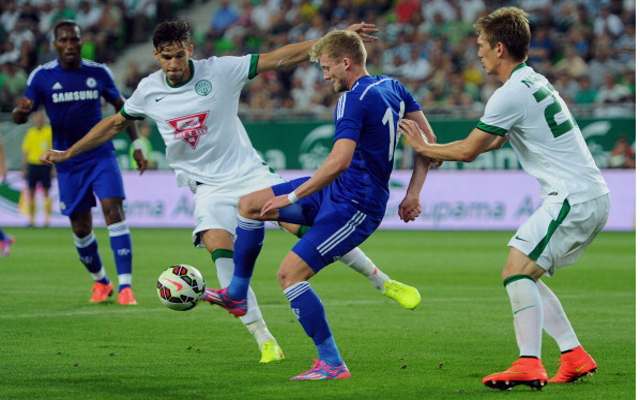 PSG are ready to turn their attention to Chelsea attacker Andre Schurrle if their efforts to land Real Madrid winger Angel di Maria turn to naught according to the Daily Express.

The 23 year old had a solid, if not spetacular, debut season at Stamford Bridge but certainly did improve as the campaign worn on and then impressed during Germany’s 2014 World Cup triumph.

Schurrle started just 15 Premier League fixtures last term, netting eight goals, and will certainly be looking for a more prominent role this time around and if he isn’t offered any guarantees on that front then a move to the French capital may begin to look a whole lot more inviting.

Jose Mourinho has a number of wide-attacking options and as such will have to look to accommodate all those in his armoury for fear of upsetting those he offers little first team action too.

As well as targeting Schurrle PSG boss Laurent Blanc is also keeping tabs on Man United star Wayne Rooney though any move for the England man would most likely prove fruitless now that Louis van Gaal has handed the club captaincy to the striker.

Schurrle enjoyed a succession of cameo appearances at the World Cup, netting against Algeria and Brazil as well as playing most of the final against Argentina, replacing Christoph Kramer.