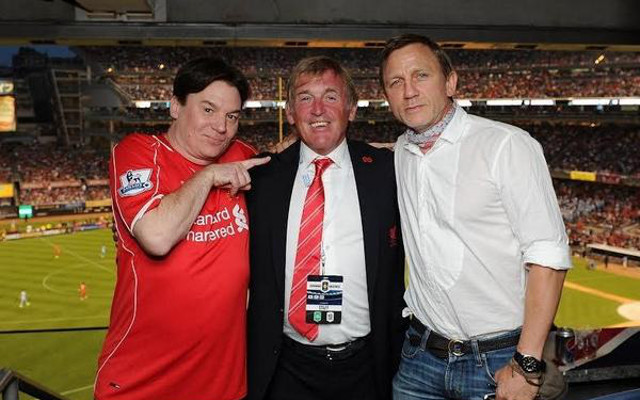 The silly snap (below) was taken during the Reds’ preseason trip to the USA.

Sturridge and co were watched by famous fan Mike Myers, who is best known for his acting role as the lead character in the Austin Powers series.

Myers and Sturridge posed for a picture together and both opted to imitate Dr Evil.

Find out which teams celebrities support