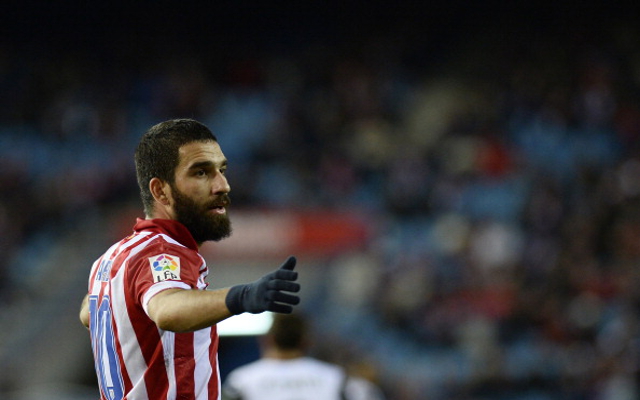 Manchester United could plot a move for Atletico Madrid winger Arda Turan if they fail to sign Angel Di Maria from Real Madrid, according to the Daily Mirror.

The Red Devils are known to be keen on bringing in a new wide-player before the end of the transfer window, with several big names being linked with the club so far this summer.

Di Maria is understood to be Louis van Gaal’s top target in that position, though Turan would also be a decent alternative after impressing a host of top clubs with his fine displays in La Liga in recent seasons.

The Turkish international was instrumental in Diego Simeone’s side’s run to the Champions League final, as well as in their surprise title win in La Liga, establishing himself as one of the best attacking players in the Spanish top flight at the moment.

Turan would likely be far cheaper than Di Maria, and is valued at around £15m, which would also see him available for less than another rumoured target, Fiorentina winger Juan Cuadrado.

United have spent big on the likes of Luke Shaw and Ander Herrera this summer in a bid to improve on last season’s nightmare campaign under David Moyes.