Exciting new attack for Spanish champions if German duo join.With rumours growing that Atletico Madrid are in the driving seat to sign Borussia Dortmund star Marco Reus, Diego Simeone looks like potentially building an even stronger squad than the side that won the title and reached the Champions League final last season.

Chelsea winger Andre Schurrle is also being linked with the Spanish champions, and could join the likes of Antoine Griezmann and Mario Mandzukic in a deadly-looking attacking lineup for the new season, which would surely give them every chance of fighting to retain their title, despite the big-money signings made by their rivals Real Madrid and Barcelona.

Reus has been linked with the likes of Arsenal, Liverpool, Manchester United and almost every top European club in the world in recent years, and for Atletico to win the race for his signature here would be nothing short of sensational, with the move surely up there with ‘Galactico’ signings such as Luis Suarez and James Rodriguez for the other big two in La Liga.

For a look at how Atletico could line up this season with new signings, see below: 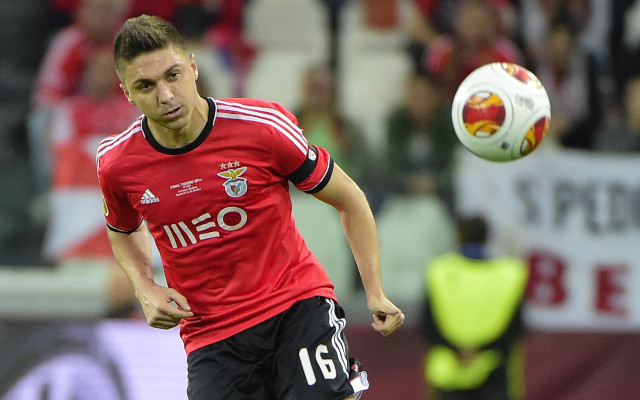 In defence, the main changes come in goal and at left-back, with Thibaut Courtois returning to Chelsea after three years on loan at the Vicente Calderon and with Brazilian defender Filipe Luis joining him in a deal to replace the departing Ashley Cole.

Coming in as their replacements are highly promising goalkeeper Jan Oblak from Benfica, alongside another highly-rated Brazilian left-back in Guilherme Siqueira, who joins from Granada, though he also spent time with Benfica on loan last season.

Elsewhere, it is a major boost for Diego Simeone to keep hold of his two centre-backs Miranda and Diego Godin, who were arguably the finest defensive partnership in Europe last season.