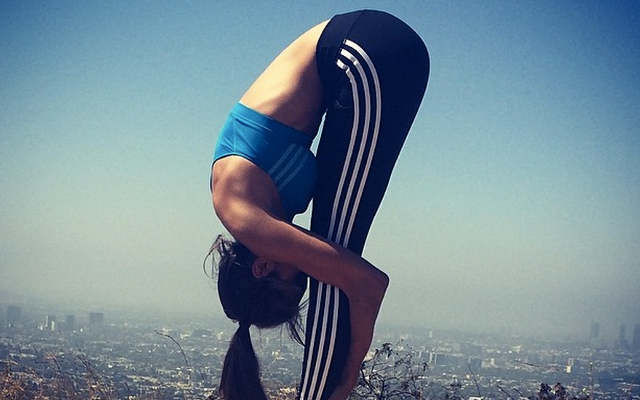 Premier League champions Manchester City begin the defence of their title on Sunday with a trip to Newcastle United.

Striker Edin Dzeko will have ambitions of being the club’s top goalscorer.

Dzeko is an old school centre-forward, who relies on height and power, as well as timing and solid technique.

The Bosnia international is dating a woman with incredible flexibility, as you can see below.

Click through the pages to see more sexy pictures of Amra Silajdzic.