Wayne Rooney to lead the line, with new signing Ander Herrera in midfield…

The Spanish ‘keeper will start the season in goal, with Anders Lindegaard backing him up from the bench.

With van Gaal intent on deploying three central defenders, he has little choice but to use Smalling, Jones and Evans, as a new player for one of these positions has yet to be signed.

Jones will look the marshal United’s back line, stepping out of defence to make tackles and passes into midfield.

Evans could play in the middle of the three, or on the left. The Northern Irishman is composed on the ball, and an underrated aerial threat. 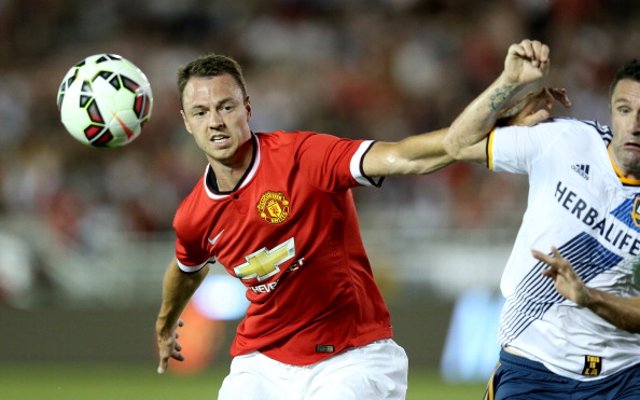